Rating:
User Rating:
Game Information: Baccarat, also known as punto banco, is among more popular casino games. However, in the live casino setting it is primarily played by players accustomed to bigger bets, as lower limit tables are not available that often. In the online arena, there are lower limit tables, but given that baccarat players are used to live environment, many of them are turned off by the idea of playing against the computer. The solution? Live baccarat tables streamed using modern technology and brought straight to our homes. This represents a great blend, as players are given a chance to play their favorite game the way they are used: with real dealers and actual cards. 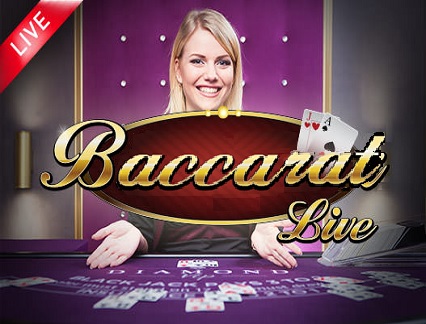 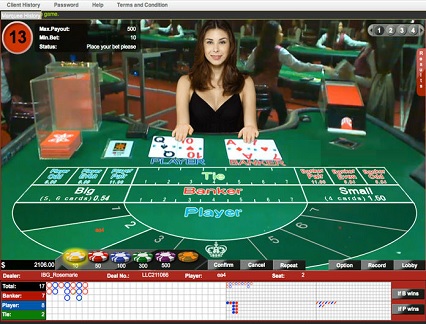 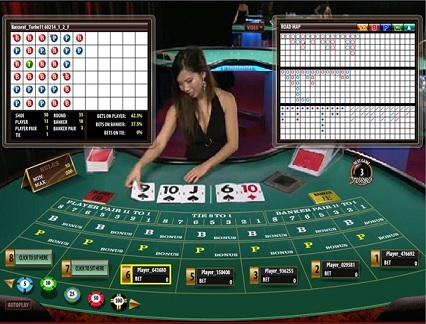 Baccarat is a rather simple online casino game, which is the reason why so many high stakes gamblers enjoy it. The accent is on action rather than strategizing and figuring out optimal plays, making if fast-paced and very exciting to play.

Unlike blackjack, baccarat is not played against the house in a traditional sense of the word. Players bet on one of two hands, a player or a banker, and depending on which hand wins, they receive a payout or lose their bet. Players can also bet on a tie, meaning that both hands will end up having the equal value, in which case they receive an 8 to 1 payout.

Live baccarat online is very similar to the one played in a brick and mortar casino. There is a live dealer at the table dealing out cards and, depending on the game type, there can be just one or more players at the table.

In a majority of cases, both hands will only receive two cards and their totals will be compared. The hand with the total count closest to nine will be declared the winner by the dealer and all players betting on that hand will be paid accordingly (if there are more players). The rest of the bets are lost.

However, there are certain situations when third card is dealt as well to either the player or the bank (or both, in some instances)

For the first two cards:

When the player receives his third card, the bank will or will not draw, based on the following rules.

These rules may seem a bit complicated, but after you’ve been playing for a while, you will get a hang of it. Additionally, when playing online, you can always have rules nearby and check them out as often as you like until you’ve learned them by heart.

Since there isn’t much you can do to influence a live baccarat game as a player, there aren’t that many strategy tips one can use to increase his winning odds. However, there are still some tips you should observe when playing in a live casino:

Live baccarat can be very exciting and fast-paced game, especially when played with more players at the table. It can create an exciting gaming atmosphere, adding an interesting social element to the mix.

Although initially the game of high stakes gamblers, online live baccarat nowadays can be played for relatively small stakes and you can find the games offered on nearly all of our recommended Canadian casinos.

One downside is the fact that it is the game of relatively small edges and it doesn’t really involve much strategy, so it may not provide as much excitement as you will be winning many bets and losing many bets, with prolonged winning streaks being rather rare.

If you are looking for a game that will provide you with some fun without too high of a risk, definitely give live baccarat a shot. While you will not be able to negate the casino’s edge, it is small enough to let you enjoy the game without having to worry about it too much.